Cheese and Dreams and Self Development

What is the connection between cheese, dreams, and self development? Many people believe that eating cheese before bed gives you a restless night and bad dreams. Self or personal development is concerned with ensuring that your body and mind are in tip-top condition. Does cheese really upset this balance or can it help to give you a good night’s sleep?

The debate about cheese and dreams

The British Cheese Board study

A study that is often quoted is the one commissioned by the British Cheese Board in 2005 to look into the effect of cheese on sleep and dreaming. There were 200 participants (100 male, 100 female), and over a week each person ate a 20g piece of cheese half an hour before going to bed. Recordings were made of the type of sleep and dreams they had. Six different types of British cheese (British Brie, Cheddar, Cheshire, Lancashire, Red Leicester, Stilton) were assessed.

Results indicated that no one had nightmares and most people reported a good night's sleep with pleasant dreams. Results also showed that the type of cheese they ate seemed to influence the kind of dream they had:

* Cheddar – The dreams were related to celebrities.

* Cheshire – The dreams were fewer and these were described as good ones.

* Lancashire - Two-thirds of the participants dreamt about work but only a third of these were related to their actual jobs. The dreams were more about alternative occupations.

* Red Leicester – Over 60% of participants dreamt about their past in a nostalgic way with dreams about school days, childhood friends, previous family homes, etc.

* Stilton – The dreams were described as bizarre and vivid.

The study summarised that none of these six kinds of cheese appeared to produce nightmares and participants claimed that the cheese promoted good sleep. However, it would be interesting to know how the results would have changed if:

Other cheese and dream studies

Other studies suggest that cheese can relieve stress and induce sleep as it contains tryptophan, an amino acid that appears to stimulate more peaceful sleep.

But then there are studies that have shown that when subjects were given pre-bedtime diets containing similar quantities of tryptophan, those with the highest biotic culture content produced the greatest number and most vivid dreams.

And what about other foods that are high in tryptophan, such as eggs, milk, and chicken? Do they also influence dreaming to the same extent as cheese? Anecdotal comments suggest that this is not so.

Some believe that cheese seems to affect dreaming because of the bacterial and/or fungal cultures in cheese. It is said that ‘strong’ cheeses (mature or mouldy) produce the strangest and most memorable dreams.

Or could it be that, because cheese is hard to digest, if you eat it just before bedtime your body is still working on it and your brain is still active? Perhaps this is what prevents you from going into your usual deep sleep and causes you to experience more vivid dreams.

Others say that anything you eat late at night needs time to digest and this is what causes you to spend more time in REM sleep and to dream more. On the other hand, there are claims that eating ‘something’ just before bedtime helps to provide a more restful night.

Then there are the reports that cheese increases snoring due to the nasal congestion induced by the dairy product, and that this is what leads to a more restless night.

At first, it may all seem rather confusing but the key appears to be finding balance in what you eat and in what quantities.

Cheese and dreams - Self development summary

This self or personal development article has concentrated on the effect of cheese on dreams. There are many other foods that are believed to influence your sleep patterns and stimulate dreaming. For your own personal growth and to achieve a well-balanced life, it is worth being aware of this information in order to give yourself the best possible sleep!

To receive further articles do visit the 'FREE Self Development Newsletter' link below. For my Background, Passions, and why I write articles like these, see: Dr JOY Madden

You Should Also Read:
Dr JOY Madden
FREE Self Development Newsletter
Other SELF DEVELOPMENT Articles 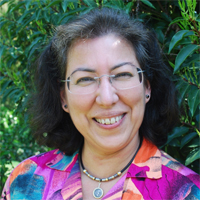 Handbags - What Is In Yours

What Your Tie Colour Says About You